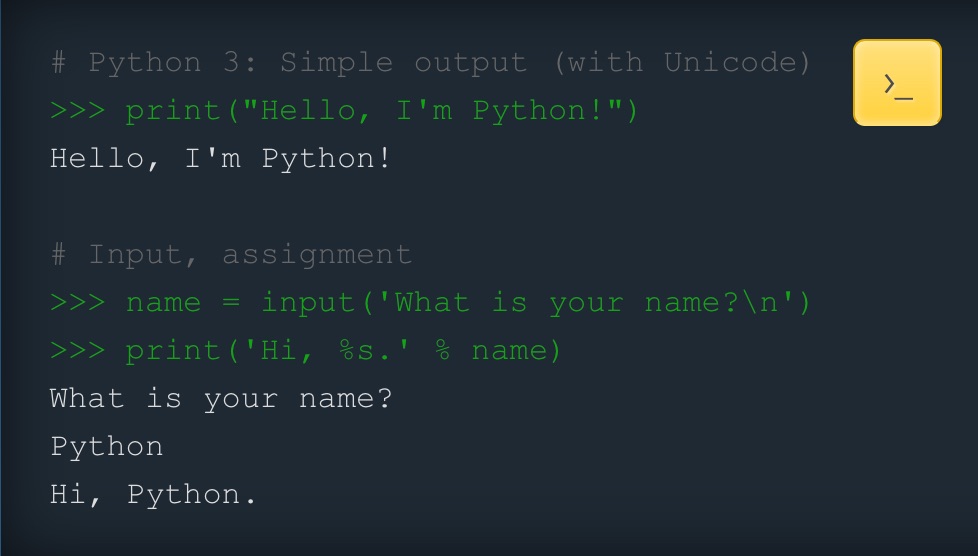 The Python programming language is a popular programming language because of its simplicity, ease of use, open source licensing, accessibility, renowned community, great support and help, tons of packages, tutorials, and sample programs – which make it easy for a beginner to learn and code with Python.

Python can be used to develop a wide variety of applications – ranging from Web, Desktop GUI based programs/applications to science and mathematics programs, and Machine learning and other big data computing systems.

Let’s explore some key aspects of the Python programming language to get a feel for core features and Python’s user-friendly syntax.

Python is a multi-paradigm programming language. Meaning it supports different styles of writing code. One can write Python code in procedural, object oriented, functional or imperative manner. For this reason, Python is considered a “swiss army knife” in the developers toolbox.

As an “object oriented” programming language, Python supports all the core features of OOP such as abstraction, encapsulation, polymorphism, inheritance etc. The foundation of OOP is a Class. A class is defined to represent an object that can later be programmatically created and manipulated. The class definition consists of attributes (data) and methods (functions) that collectively define the configuration and behavior of an object.

A Python program consists of a collection of classes representing key elements and their behaviors within a system.

Encapsulation allows one to hide the internal details or implementation of one object from other object(s). This protects against accidental or direct access and modifications to the data. Python relies on Encapsulation and other conventions to manage access and usage of class variables or methods. One can restrict access to variables/methods with public, private and protected. A variable or method that is prefixed with double underscore “__“ is treated as private in Python.

A class is defined using a keyword – class. Here’s an example of a student class – consisting of the constructor __init__ – a specific method that gets invoked as part of the object creation. The code snippet above and below are reused from Reference: Python Class –
https://pymbook.readthedocs.io/en/latest/classes.html

Notice how the methods are defined using the keyword – def. Notice also, that the ‘print_details’ method takes ‘self’ as a parameter and prints the student name, branch and year.

Inheritance is a core object-oriented concept in the Python programming language. It allows one to reuse or extend the functionality or features of one or more classes that are “inherited” in a new class. The concept of inheritance in Python is similar to other high-level programming languages such as C#, Java etc.

Let’s define a person class with a method to get the person’s details. Now, let us revise the “Student” class to inherit from “Person” so it can get all the features of person.

Note – It’s up to the implementor to decide whether to override a method or not.

This article provides an overview of the Python programming language, its core features, and simple, accessible syntax. Hopefully, this brief introduction provides a glimpse into Python’s simplicity and encourages you to explore it as a potential addition to your programmer’s toolbox.

Aezion Solution Architects, Engineers, and Developers can assist you with exploring Python-based solutions for your Data Science and Machine Learning applications. Contact us to learn more.